Bismillahir Rahmanir Raheem, SSC Islam Sikkha Assignment Answer 2022 for 10th Week [Islam Dhormo]. Islam is an Arabic word. It consists of the words silmun and salamun. Its literal meaning is – obedience and surrender, treaty, peace, security, well-being, justification, freedom from guilt and danger. For example, the Prophet (peace and blessings of Allaah be upon him) said: If you accept Islam (that is, surrender), then you will gain security. In today’s post we will highlight the 2022 SSC Islam Education Assignment question and its answer.

Islam is a complete system of life. Name one of the greatest ideals in the world. It is a universal consciousness above the artificial distinction of caste, creed, language and terrain. The foundation of this ideal is the genuine worship of one God and unbroken human equality. And this is the main element of Muslim nationalism. So the education system of an idealistic Muslim nation was built on the basis of Islamic thought philosophy. And the subtle aesthetics of Islam became popular in its culture. For this reason, Muslim nationalism is qualitatively different from other nationalities in the world and has a distinct ideology.

Islam has its own principles and rules for the overall aspect and division of human life. Islam also has clear guidelines in the field of education and culture. Following the Islamic way of life is inevitable in order to make human life clean, beautiful, prosperous and peaceful. Acquiring Islamic education is just as essential. Following Islam, Islamic teachings and culture is essential for the overall well-being, discipline and development of life up to the individual, family, society, nation and international level. In this unit you can know about Islam education. This will make it much easier to answer the assignment of 10th week SSC 2022.

DSHE has published the 10th week assignment of the participants of SSC exam of 2022. Where the subject of Islam education has been given for the work of 10th week assignment. Assignment of the 10th week of SSC 2022 from the first chapter of the subject “Introduction to Islam”. The topic is discussed in detail, including the answer to the assignment. In other words, Islam is to surrender completely to the Lord of the worlds by sincerely believing in Him and to be loyal to Him. To obey his commands and prohibitions without hesitation and to live according to the rules given by him. Muslim theologians say that Islam is the name of surrendering one’s heart and soul to Allah and His Messenger (peace be upon him) and giving verbal acknowledgment to Allah and His Messenger and abiding by the rules of Islam and refraining from forbidden acts. 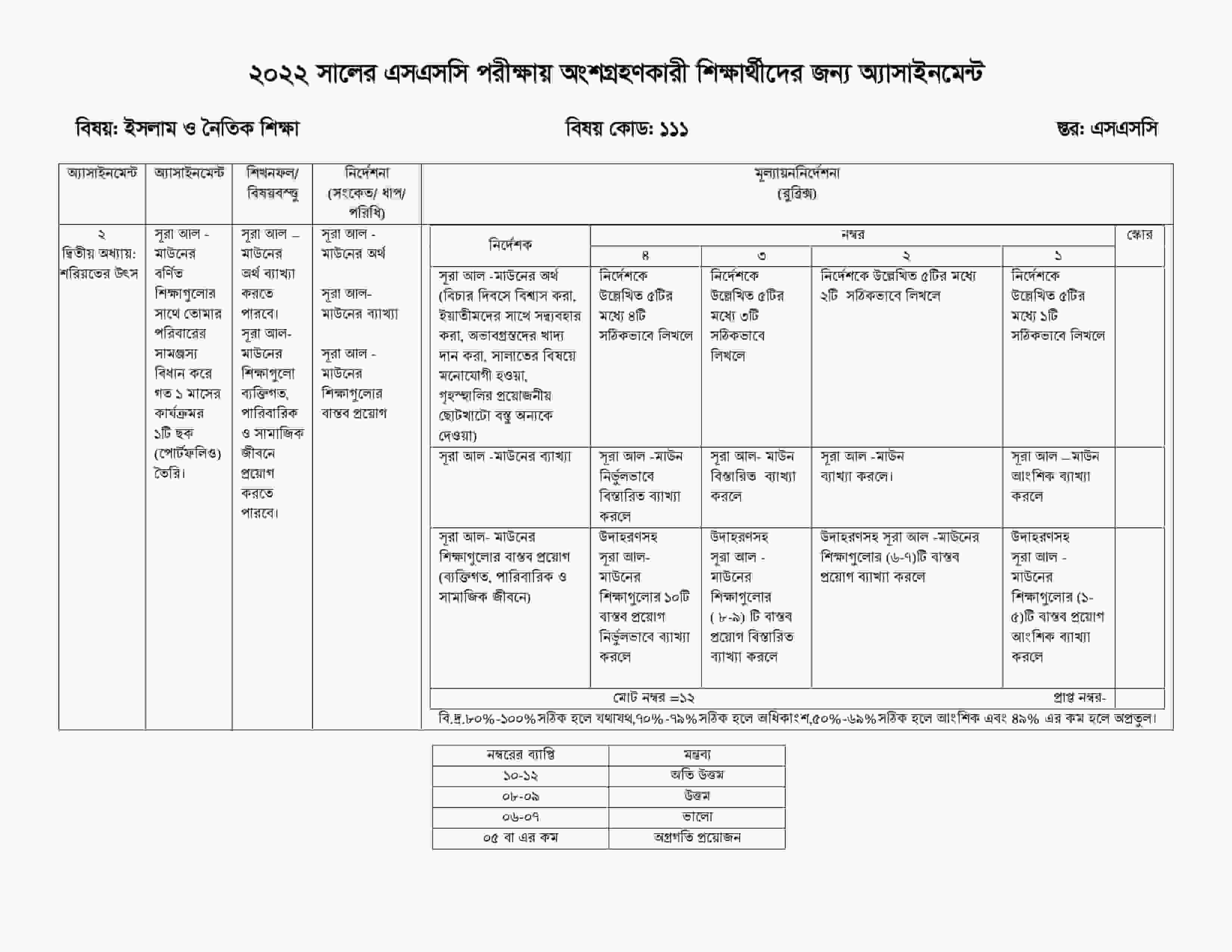 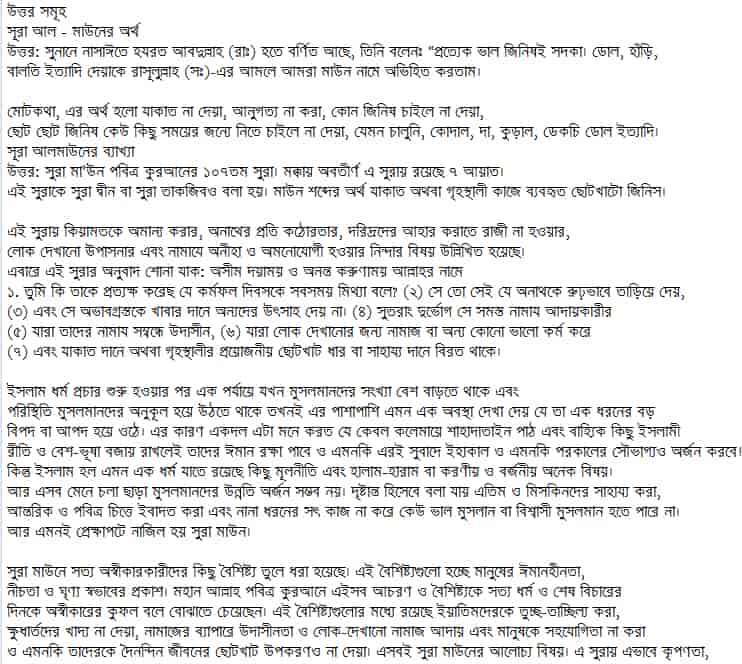 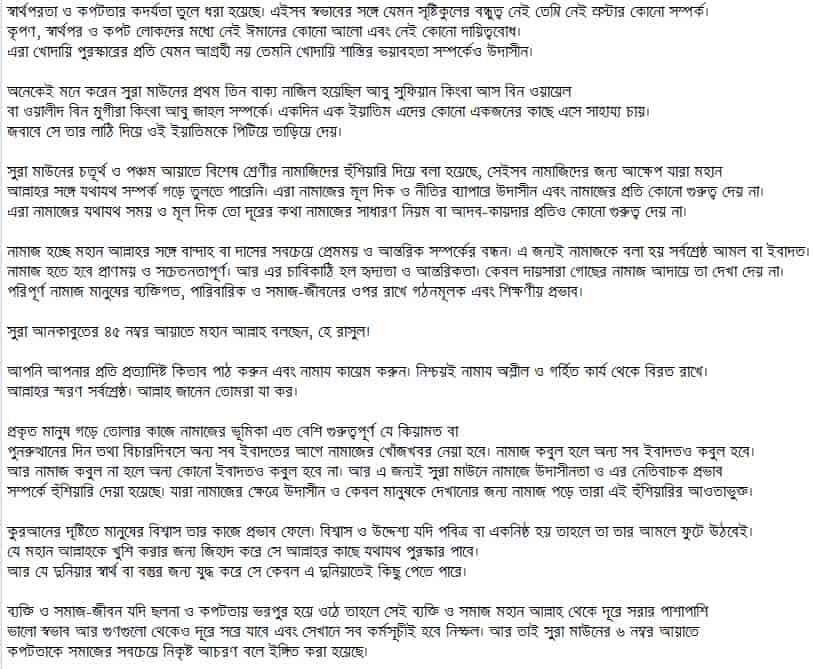 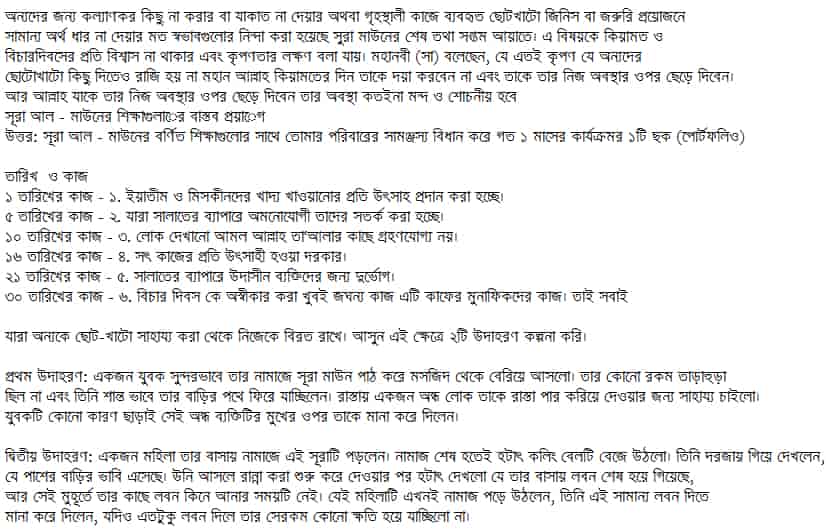 “Islam is to obey all the commands of Allah and to surrender to Him.”

The answers to the 6th week of Islam Education Assignment for Class 10 are given below. The essence of the word Islam is to surrender oneself to someone and to be completely loyal to him. The religion of Allah is called Islam because one has to surrender one’s whole being to Allah. Absolute obedience to God is to be taken as the norm and method of one’s life. In fact, this is the essence of the religion of Islam and this is what Islam demands from us. And whoever lives according to the rules of Islam is a Muslim.

The Muslim slave is the best man. This is stated in the Qur’an:

“Who is better in religion than he who submits himself to Allah in righteousness?” (Surat an-Nisa ‘: 125)

Note: We apologize to Almighty Allah for any information or typing mistake.

Islam is the only religion in the world, a complete system of life. It is an eternal way of life. From the cradle to the grave, a Muslim has to live under this system. Islam has a fair society, state and financial system. There are national and international policies. Islam has the right solution for all things in the overall life of the world humanity. The guarantee of worldly peace and liberation in the hereafter is the Islamic way of life.

Cast Away Your Debris With These Top Ryobi Table Saws

Are you on the lookout for a Ryobi desk noticed with nice mud assortment? If that's the case, you’ve come to the appropriate place....
Question and Solution

Three Days Grace is a Canadian rock band fashioned in 1997. The band has launched six studio albums, three of which have been licensed...
Govt Job

For those who dwell in a chilly local weather, you already know the significance of retaining your engine block and different automobile components from...
Admission Result

Best Burgundy Jacket For Men, According To Stylish Guys

Burgundy is a wine-growing area in jap France, well-known for its pink wines created from the Pinot Noir grape. The most effective burgundy jacket...
Question and Solution